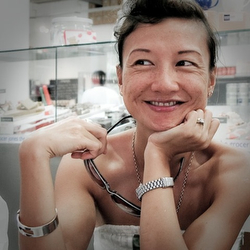 For over 20 years, Eva’s reputation for her hands-on approach and determination to get things done has led her to be one of the most-sought after producers in Hong Kong. An award winning TV Producer for both broadcast television and corporate film, Eva has produced TV commercials, documentaries and branded content as a producer for esteemed agencies such as Saatchi & Saatchi, McCann-Erikson and Ogilvy. More recently, she was Executive Producer for Cathay Pacific’s brand team Eight Partnership, heading production on videos for the historic Cathay Pacific and Cathay Dragon rebrand, the new inflight safety videos, launch of new A350 and A330 aircraft, as well as a series of Cathay Pacific Marco Polo short films. Eva started her career as an in-house producer on television shows for New Corp’s Star TV and Walt Disney International. She is bilingual and based in Hong Kong.